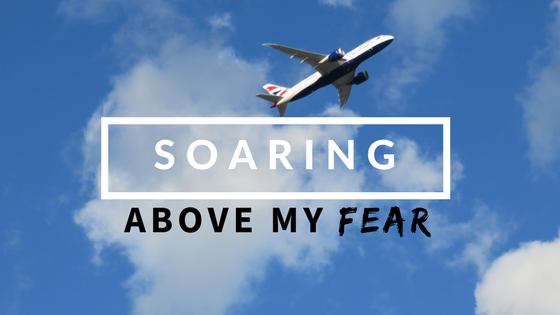 During my missionary journey, one of the most difficult struggles has been the distance. I wouldn’t call it homesickness, because I have lived away from my hometown before. Whether I look at the distance of time (anywhere from five to eight hours behind my family and friends), the distance of those I love, or the distance of authentic tacos; I find that the familiar seems so very far away at times. That is why I was beyond thrilled at the opportunity to reconnect with my “fam” while spending the holidays in America.

It was a beautiful, yet difficult trip because I adjusted back into the lives of my parents, family, and friends, only to begin adjusting right back to my new life in Wales. My thirty-two-hour return trip home (on three different airlines – to save as much as possible on the trip) was very … eventful. I had the chance to encourage a young man named Aiden on one of my flights, and bless him with a copy of my new book. He is studying foreign languages on a semester abroad in Ireland. I am praying that the seeds sown in our conversation will bear lasting fruit.

I also encountered the downside of flying on multiple airlines across multiple continents … Baggage restrictions! Before my final flight, the airline determined that my carry-on bag (which fit on the previous two airlines) would have to be checked. The cost for this was going to be outrageous because it was not arranged beforehand. (By outrageous, I mean that airline workers were saying that they could fly to America for what they were going to charge me!)

After discovering this, I went off by myself to figure out a solution. There was no way that I could afford to pay such an excessive fine. I was so exhausted, that I lost all composure. It was NOT one of my proudest moments. There I sat in Dublin, Ireland after a day of constant, trans-Atlantic travel, when my old enemy called Fear began to crash the party. I concluded that I would have to throw away most of my “prized possessions” in order to make my flight, because the airline had already checked my other bag! Thankfully, in my jet-lagged haze, I called my parents for prayer before I threw anything away. I was far too tired and worried to think clearly.

They (eventually) calmed me down, and after our prayer I approached the desk again. I was filled with a sense of dread mixed with confidence in The Lord. I ran into the same clerks who began telling me the same regulations… Until one of their bosses overheard what was going on. He saw the ridiculous amount that they were trying to charge me, and upon learning I was on a charity worker visa, he charged me just the cost of an additional bag!!! I have never walked so quickly away from a counter – with receipt in hand – just in case someone was going to change their mind!

This story is just one example of the Divine turnarounds that I have experienced in 2018. These turnarounds resulted from moments that (in the natural) were going one way, but through the intervention of God turned out quite differently. At the airport, The Lord brought a sudden resolution to the chaos; giving me the courage that I needed to rise up and soar above the deadly fear that tried to grip me. The same can be true for you.

One of my favorite passages of Scripture is 2 Timothy 1:7, which states:

“For God did not give us a spirit of timidity or cowardice or fear, but [He has given us a spirit] of power and of love and of sound judgment and personal discipline [abilities that result in a calm, well-balanced mind and self-control].”(AMP)

If you are facing situations that cause you to collapse under the weight of your worries, I would encourage you to cling to the promises that reside within this Scripture. I am confident that it will help you to soar above the brutal tactics of fear!