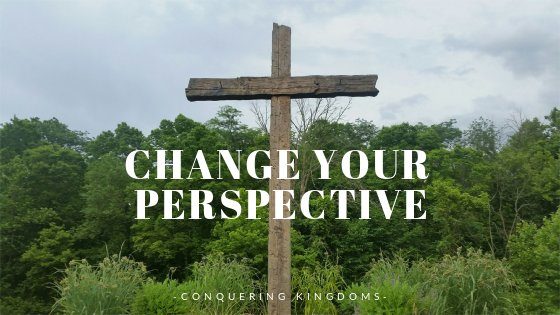 As I write this, I am seated outside on a weathered bench; safely nestled in a picturesque meadow. I am surrounded by trees, a sweet song on the Summer breeze, and a resounding whisper from The One Who formed my soul.

Even the gravel in the parking lot emanates the glory of God in a way that is becoming increasingly rare. There is a rich deposit here; a deep well that grants life-giving refreshment to all who are thirsty. This oasis is home to an Ekklesia that has grafted me into their family; despite the fact that I live nearly two hours away.

However, I have failed to describe the most beautiful thing of all. On the banks of a winding creek; perched atop rolling hills is a life-size cross. It is massive, majestic, simple. The Cross stands far taller than I. It stands as a reminder; of a King who discarded His Throne for the tools of a carpenter. A Creator; Who brought liberty to captives, adopting them into His family, and grafted them into the royal privileges thereof.

As I sit in the shadow of The Cross, I am reminded of the rugged, messy beauty that is found within my journey. This is a beauty that I have often overlooked, missed, dismissed, or taken for granted. I have gained this new realization because I made the choice to change my perspective.

This experience reminds me of a story from my college years. During my time at Christ For The Nations Institute, I was privileged to serve the Men’s Department as a Resident Assistant (RA) for the majority of my time there. One of my favorite parts of the experience was the training exercises, because our leaders excelled at team-building.

In one such exercise, the Dean of Men escorted our entire group to the rooftop of the underclassmen dormitory. This ten-story tower is positioned between the intersection of two major Texas roadways. From the roof, we could see the entire campus, and the majestic Dallas skyline.

While on the roof, we could take in the beautiful view, and even see a star or two; unobstructed by the gleaming city lights. When we were on the ground, we could only see part of the picture. We could see the traffic go by, and make out small portions of the skyline; but the view was incomparable to the rooftop. While we were above it all, we could see the big picture, the destination, and the path to get there.

The purpose of this rooftop journey was to remind us that the perspective of God is far higher than ours. When we begin to view life through His eyes; listening for His heartbeat, we become aware of the struggles of those around us. Then, we are empowered to become His hands and feet to the broken, hopeless, and hurting.

As the famous hymn by Isaac Watts and Ralph E. Hudson so eloquently states;

“At the Cross, at the Cross where I first saw the light,

And the burden of my heart rolled away.

It was there by faith I received my sight,

and now I am happy all the day!”