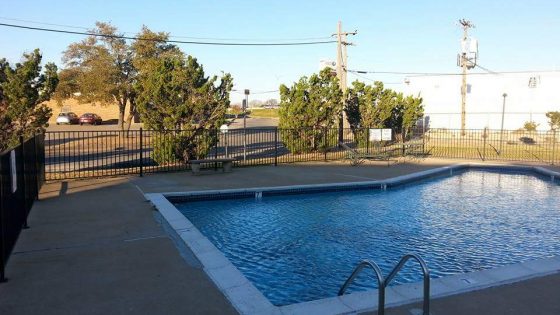 Today is a very special day for me. There are many reasons for this, and not all of them would be considered good …

Three years ago today, I was at the lowest point of my entire life. My hope had faded, my dreams had died, and my faith in God was at an all-time low … I was broke, homeless, and emotionally bankrupt.

I had lost the will to live.

I contemplated many ways to just make it stop. The inner turmoil was boiling over, and the cacophony of my soul was deafening. “Rational” thinking was nowhere to be found. My deepest dreams that I had worked a lifetime to achieve had flatlined in my arms.

I was completely ready to take my life.

The featured photo that accompanies these words is special to me for several reasons.

First, it was taken on the campus of Christ For The Nations Institute in Dallas, Texas; where I am a proud alumni.

Second, it holds meaning for me, because three years ago today I was parked in that very spot; weeping uncontrollably in my vehicle as I was contemplating suicide.

Third, it is one of the most important photos I have ever taken, because it was THERE that God met me.

In my darkest hour; when I was buried in an avalanche of pain. When I had practically bargained away my soul just to make it all go back to “normal.” When I had cursed God, hoping for the death spoken of by the wife of Job. When I didn’t deserve it.

And I have never been the same …

In many ways, I died that day.

I laid my deepest desires and dreams into the grave of dashed hopes and unmet expectations. Yet, through His grace, and the prayers of those closest to me, I have emerged victorious from the battlefield. I am scarred, yet stronger than before.

I was also reborn.

I began a journey that was birthed out of the disobedience and actions of others (which I had no control over); which ultimately became the final straw on my weary load.

I trudged through many “Divine Detours;” taking me over, under, around, and through many diverse obstacles in order to redeem the stolen years. Even though these have been the most difficult years of my life, I would not trade this “Jonah” season for anything. It has made me who I am.

Because of the favor of God, I have experienced many incredible adventures in the midst of these years! My life looks absolutely nothing like I thought it would. Now, I walk in community with amazing people who would have never crossed paths with me had I obtained “my” version of God’s purpose.

Now, I am poised to reach even higher than I would have ever thought possible! Full-time missions work was never on my agenda, bucket-list, or paradigm of possibility. Yet, The Lord has called me to the nation of Wales!

Since I have overcome suicide, I am emboldened and empowered to bring this BREAKTHROUGH to Wales and beyond!

Three years ago, I could never have imagined an opportunity like this!

Because I have followed His voice to the best of my ability; I have not hindered Him from doing what He does best: making up the difference with extra. (That’s how The Spirit rolls, yo!)

This journey reminds me of the promise of God, found in Isaiah 61:3 (TLV). “… beauty for ashes, the oil of joy for mourning, the garment of praise for the spirit of heaviness, that they might be called oaks of righteousness, the planting of Adonai, that He may be glorified.”

He has truly redeemed my stolen years; in large ways and in small. Here is a perfect example of this. One of my primary responsibilities in Wales will be writing for The Message Trust. One of the dreams that died three years ago today was a writing job at my alma mater. I am blown away by His goodness!

During my last visit to campus, I went back to that spot to take the photo featured in this post. I wanted to remember the beginning of the journey that God and I began on that day. It was a powerful and sweet time in His Presence!

In the Old Testament, it was common practice for our forefathers in the faith to build altars. Sometimes they commemorated military victories, or personal milestones. They would make sacrifices to honor The One Who is The Great I AM.

This site has come to hold a similar significance in my journey. Over the past three years, I have come to grips with my past, and embraced my present (even the parts that I don’t like), as I focus forward on the purposes of God that await me in the future.

But the real reason that I love this photo is …