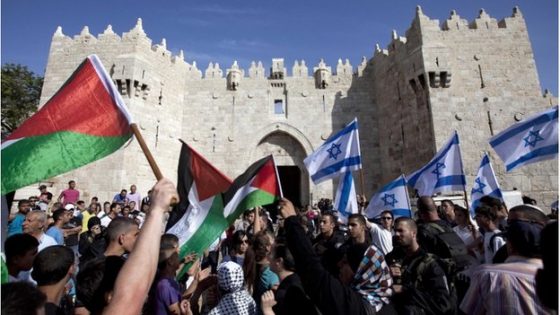 This article was originally intended as a companion piece to my previous post about my journey to Jordan. This is the story of one of the believers that I encountered there. His story is amazing, but I have changed his name in order to protect him, his family, and the people that he is connected to.

Because, according to sharia law, (the prevailing system of government in Muslim countries) it is illegal to convert any Muslim from Islam to any other faith. This “crime” is usually punished by imprisonment, torture, or death.

Pray for believers like Jacob, that God’s truth would bring boldness, strength, and wisdom to them as they rise from Islam’s deadly shadow.

Explosions echo in the distance. The sound of mortar fire reverberates across the horizon. I came to discover that for Christians like Jacob, these situations are part of everyday life. I met “Jacob” (not his real name) during my journey and his story is incredible.

Jacob was born in Israel, and was taught from a young age to hate the Jewish people. This hatred led Jacob to join the Palestine Liberation Organization, led by Yasser Arafat. For 17 years he was heavily involved in recruitment and indoctrination, even working with Arafat himself.  (The P.L.O. is a group focused on establishing the nation of Palestine within Israel’s present-day borders. For a time, the United States even recognized them as a terrorist organization.)

Eventually, Jacob grew weary in pursuing their goals, but he couldn’t break free.

Eventually, Jacob grew weary in pursuing their goals, but he couldn’t break free. During this time he was given a Bible, which he quickly discarded on the shelf. He didn’t know that this same Bible would later become the instrument of his redemption. All was forgotten until years later when Jacob decided to investigate further. As he picked up the Bible, he began to sweat and have stomach pain. He made himself tea, and the pain left. He dismissed it as sickness and forgot all about it.

Months later this happened again. Jacob explains: “I took the Bible off the shelf and then my stomach was upset and I began to shake. Then I remembered this happened before. So I made tea and everything was normal, except the fear stayed in my heart. Why can’t I read this book? I couldn’t sleep, I stopped eating. Everything was upside down. I was totally confused.”

This caused Jacob to fall into depression, 6 months passed until he resolved to confront it or die trying. “I purposed in my heart. I don’t care if I shake from now to eternity; I’m going to read this Bible! Then something lifted from the atmosphere.  I had peace.   I began to read, “In the beginning God created the heavens and the earth.” Then I realized there is a God! He created me with a purpose!

Then I fell on my face. God replaced my hatred for Israel and America, my bitterness toward the Jews and my murdering spirit with a heart full of love.

This revitalized Jacob and he studied more, but eventually he fell back into old patterns. Jacob recalls: “One day God encountered me and said “Choose this day whom you will serve. I will not strive with you. Make your decision today! Then I fell on my face. God replaced my hatred for Israel and America, my bitterness toward the Jews and my murdering spirit with a heart full of love. Then I said, “Lord, as for me and my family, we choose you. Wherever you send us we will go, and whatever you ask of us we will do.”

Now Jacob has devoted his life to reaching the Muslim people with the same redemptive power that transformed this terrorist into an evangelist. He runs a Non-Governmental Organization that strategically spreads truth in the darkest places. His story encourages me that God is stirring the hearts of the Muslim people, and believers like Jacob are poised to bring His Power into the peril of the Promised Land.