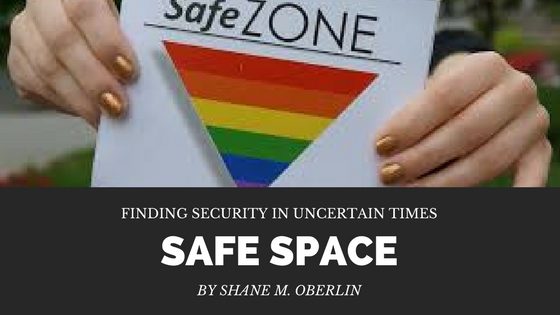 We live in tumultuous times. In this moment of history, it is increasingly difficult to separate fact from fiction, love from justification, opinions from truth, and faith from fear.
As each day passes, we experience a collective loss of innocence. We are no longer safe to casually roam our streets as we once did; with childlike wonder and whimsy. We never know when the next catastrophe will occur.
Nearly two weeks after the tragedy in Manchester, England stunned the world, the shock gave way to new depths of sorrow. Two days ago, on London Bridge and throughout the area; three armed terrorists took the lives of seven, injuring forty-eight more.
Our world is not safe anymore.
Some in my generation cry out for “safe spaces;” a place where the brutal realities that confront us are no longer our problem. Instead, they can sit in a glass bubble that protects them from any sort of injustice. This solves nothing.
In the wake of the Manchester and London attacks, I have been confronted with the realization that my illusion of safety is being shattered. Particularly as I prepare to become a resident of The United Kingdom.
In America, the protective and directive hand of God is evident in our history. Yet, as our nation has turned their eyes to other lovers, we have opened the door to calamity. Because of this, many Americans suffer from the illusion that “those things” won’t happen here. They couldn’t be more wrong.
Evil knows no borders. Terrorism is not restricted to a certain geographical location. Our adversary desires to bring the entire world into eternal suffering.
Yet, in this moment; I am confronted by a higher reality. Higher than terrorism. Higher than Daesh. Higher than our own agendas.
That reality is found in Psalm 61:3-5.
“From the end of the earth I call to You when my heart is faint. Lead me to the rock that is higher than I. For You have been a refuge for me, a tower of strength before the enemy. Let me dwell in Your tent forever. Let me take refuge in the shelter of Your wings. Selah”

When I am firmly established in The Lord as my refuge, my strong tower (Proverbs 18:10), and my “safe space,” I am empowered to act upon His will; regardless of what is happening around me. I can rest secure in His protection and step forward in His equipping power. I can’t think of a safer place to be.