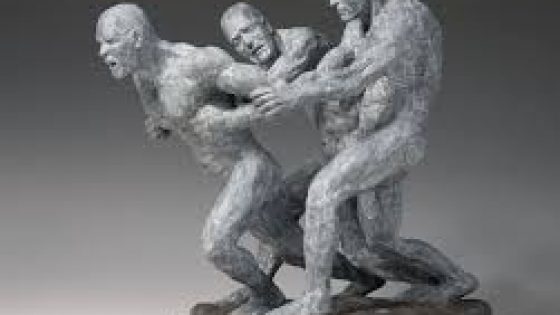 AUTHORS NOTE: The Benefit of Darkness?! Is this some kind of typo? No, I’m afraid it’s not. However, before I begin, I would like to tell you a secret… Being transparent about my own personal struggles is probably my least favorite thing to do. Which I believe is one of the main reasons that God directed me to start Conquering Kingdoms. Not only to find personal freedom, but also to use my life to encourage others, bringing the One Who is Hope to those who are seeking.

That being said, this is probably the most personal thing that I have ever shared with this audience. I have chosen to split the subject into three parts, in order to paint a more accurate picture. These parts are appropriately titled “The Struggle” “The Sorrow” and “The Solution.”

For those of you reading this who know me, or who watched me endure this difficult season, please reserve your judgment. This is not your journey. These were not your struggles. In retrospect, I acknowledge that many of those who know me did not have an accurate window into my struggle, because another of my least favorite things is vulnerability, or appearing weak. I apologize for a false presentation of myself… This is who I really am. If any of that offends you, then you should probably stop reading this right here, before I offend you further.

I am not about to change the person that God made me to be, regardless of the consequences. I refuse to misdirect my passion, short-circuit my destiny, or sugarcoat the truth of my struggles for you – or anyone else for that matter! Are you still reading? Okay… Well, here goes.

The Benefit of Darkness, you ask. What kind of so-called “benefit” could possibly come from the times that threaten to thwart the timing and purposes of God in our lives? If you had asked me that question a few short months ago, I probably would have spouted the typical “Bible School student” answer about how the “mountaintop” moments in our lives can only come after the darkness and desolation that is found in the valley. I would have come across as well-meaning, “super-spiritual,” and I would have completely missed the point.

While my previous statement can be true, it is usually not the most encouraging thing to say to someone who is dealing with difficult circumstances. Reminding someone that their life looks like crap is probably not the best way to win friends and influence people, yet how often do we catch ourselves doing this very same thing to those around us? We may not necessarily mean to offend our grieving friends, but the damage is often done before we even realize it. When you are in the valley, sometimes the only thing that you need is someone to sit by your side, and let you cry on their shoulder.

I had never really given much thought to darkness, or any so-called benefit that could possibly arise from it. That is until I had the terrible privilege of walking through the deepest valley that I have ever known. As my last semester of college was beginning, I seriously injured my right hand, cutting it severely. For the first few days, it looked normal, like any other cut that would take time to heal. Then, it started to swell up, contracting a severe staph infection. That’s when the real pain started. The swelling and infection began to encompass my entire hand, and I could no longer see my knuckles… then my hand went numb. On its own…

One of my friends was kind enough to drive me to the hospital, where I learned that if the doctors would not have caught the infection when they did, at least one of my fingers would have been amputated. So the doctor operated on my hand, removing a portion of the infection and stitching in a drain for the remainder of the liquid to drain out of the wound. (Yes, it sounds about as lovely as it actually was…)

The pain was excruciating. I couldn’t sleep without waking up in the middle of the night screaming aloud in bursts of intense pain. It was almost a blessing that I had no roommate to wake up every night to my agonizing moans. I say almost, because I also had no roommate to help me do any of the day-to-day tasks that I could no longer accomplish on my own, like cooking, driving, or tying my shoes.

Over the next few months, (Yes, I said months.) I had to relearn how to use my hand again. Oh yeah, did I mention that I am right-handed? Anyway, I had to relearn how to do almost everything; typing, writing, tying a tie, playing guitar, buttoning a shirt, you name it. All while trying to keep up in my last semester of classes, working part-time as a valet, and beginning a work-study scholarship, which involved a now impossible amount of writing and typing! Daily pain management was also extremely time-consuming. In between six courses of antibiotics, numerous appointments with doctors and specialists, multiple holistic remedies, along with daily soaking and sanitizing, many valuable hours were taken each day that otherwise would have been devoted to my studies.

You would think that while attending a Bible School with an emphasis on advocating the modern necessity of Biblical miracles and healing, I would have been up to my neck in prayers and support. And I was… for the first week or two. After my injury was not immediately transfigured into a state of perfection, many people lost interest, or completely forgot about what had become my daily reality.

It eventually began to feel like I was becoming less of a friend, and more of an obstacle to the underwhelming, malnourished faith of some of my classmates and co-workers. I attribute this not to any inaccuracies within the teaching we received at school, but to the application (or lack thereof) by those specific people to their own daily lives. It even began to seem as though I was placed into a different category within their minds. They couldn’t understand why my recovery was taking so long, so I was put into the box of “that’s too bad.” It was almost as if I was being criticized because I must have brought this upon myself, and there must be something wrong with me because they had prayed for it already, and I wasn’t instantly healed.

How dare my hand not recover because there was “nothing wrong” with THEIR faith…? So… Something must be “wrong” with MY faith. Sounds ridiculous, doesn’t it? I do not remember their travail or their tears, yet I remember the blank stares, and the appalling lack of empathy that I received from various neighbors, classmates, faculty and staff, which is not my view of a healthy friendship.

Their silence in the face of my cacophony was deafening. You would think that I had committed some kind of crime or something, but in their eyes I had. I was subconsciously labeled as a “Doubting Thomas” in a colony full of “Judas-turned-Iscariot’s.” This whole season revealed a newfound empathy for those who suffer from chronic pain, and for those who are misunderstood in the midst of it.

I do not expect every single person that I encounter will instantly recognize my needs and throw everything else aside in order to help. The small measure of empathy and compassion that I expected from some began to quickly fade.

Yet, I did have some friends that stuck by me through all of these difficulties, becoming my brothers and sisters in arms, and I even made some new ones in the process. I am eternally grateful for their intercession, selfless friendship and compassionate concern for my well-being. (You know who you are.)

Please, please, please do not misunderstand me; I am an advocate of Biblical healing and miracles! These teachings and their everyday application are foundational in my life, and I believe that the gifts of The Holy Spirit are alive and well. They are absolutely necessary if we are to reach our full potential, as we herald the return of The King to the earth.

Even though these months were difficult, a daily portion of God’s grace enabled me to make it through! I graduated with my class, and was poised to walk into one of two jobs immediately upon graduation! These jobs would have come with an apartment, among other benefits, and the opportunity to work with really awesome people. I was so excited to step into this next season of my life, far away from the struggles of the previous months.

A continuous spiritual super-high lasted until the day before graduation, when I received word that because of various complicated circumstances beyond my control, I would not be eligible for either of the positions. I was devastated. My spiritual highs became inverted, and everything I had been excited for, waiting for, praying for, dreaming of, and working toward became the exact opposite of reality.

Here I was, a brand-new college graduate with nowhere to live and an inconsistent part-time job as my only support, so I found myself upon the mercy of my friends. I spent the better part of a month couch hopping, and storing my things wherever I could. Some of my friends were beyond helpful while many said “no,” which was perfectly within their rights. At the time, it felt as though many of them had stabbed me through the heart. This situation taught me the necessity of forgiveness, and that it is not contingent upon my perception of their worthiness to receive it.

But little did I know that the worst was yet to come… And what of this “Benefit of Darkness? Stay tuned for Part 2 – The Sorrow.