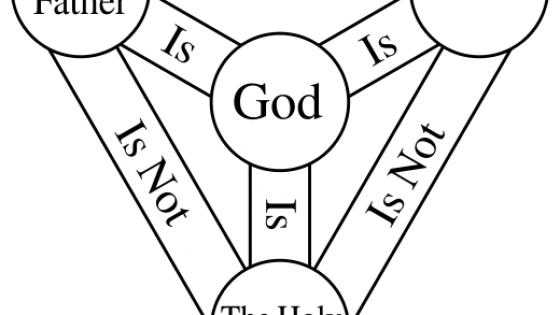 The world was formed and fashioned by a Voice. An enigma, a contradiction; large enough to command galaxies but soft enough to speak peace into my soul. Everything that exists today was established and is held in place because of … a Voice. The Voice of Almighty God.

From “Let there be light” to “It is finished” and many times since, the Voice of God has resounded through the ages and has directed and drawn His creation to Himself. From Abraham, Elijah and John the Baptist to modern-day men and women, God has stirred and spoken to the hearts of humanity and He is still speaking today.  He is simple in the midst of complexity, and complex in the midst of simplicity. It is the “Mystery of Divinity.”

What kind of God, creates all we see? Yet gives us a free will on how to proceed?

But when men pervert it by tainting the land, what kind of God intervenes with a plan?

Throughout generations, a pattern I see. What kind of God wants communion with me?

What kind of King would descend from His throne, revealing a mercy that beckons me home?

What kind of God would become a man?! It’s almost as if it was part of His plan!

What kind of teacher could bring liberty, while dividing and challenging powers that be?

What kind of prophet exposes our sin, yet opens the door for the lost to come in?

What kind of kingdom and what kind of King, would become the antonym, of all that is me?

What kind of God would let himself bleed? To give his own blood to be shed for me.

Can God even bleed? This question I’ve had, but it was answered before I could ask.

What kind of man could be shackled by death, but capture and kill it, by rising again?!

What kind of royalty casts off their robes, to offer the homeless an eternal abode?

What kind of God and what kind of King, or Prophet, or Teacher would dwell within me?!?!

For all who believe, and relinquish their throne, the God of all gods will make us his home.

Three gods or one? One God or three? For those who are blinded, this is blasphemy.

The mystery spans beyond our direction, confounding the greatest of our comprehension.

What kind of God do I serve? This I know, He’s the Life, the Truth, the Way… He’s My Lord.